To share your memory on the wall of Thelma Sather, sign in using one of the following options:

Print
Thelma Anice Friesen was born on January 4, 1935 on the family farm near Aylsham, Saskatchewan. She was the second youngest child born to Anton and Meta Friesen. She was predeceased by her brothers Elmer, Arleigh and Tony, and her sisters Edna, Ber... Read More
Thelma Anice Friesen was born on January 4, 1935 on the family farm near Aylsham, Saskatchewan. She was the second youngest child born to Anton and Meta Friesen. She was predeceased by her brothers Elmer, Arleigh and Tony, and her sisters Edna, Bernice, Irene, Verna and Lorna.
Mom came to Watrous with her friend, Eleanor Allan, in 1952. She worked at the Watrous Hospital for several years, at a time when it was uncommon to have a working mom. When she decided to make a career change, she worked in retail for a few years at Sears and McLeod’s before she took employment at Manitou Lodge in 1978. She would remain working at Manitou Lodge until her retirement in January 2000. Mom worked very hard during much of her life, while raising five kids.
Mom married Clarence (Rev) Sather on August 4, 1959. They lived in Watrous throughout their 42 years of marriage, until dad passed away in April of 2001. Mom remained in their home for a couple of years and then moved into a condo in Watrous until she was no longer able to live on her own due to a diagnosis of Dementia. After living in Watrous for sixty-six years, mom moved to the Warm and Cozy Care Home in Saskatoon in 2018 where she resided until her passing.
Mom love shopping for clothes and took great pride in her appearance and being dressed fashionably. All of her outfits included matching jewellery.
Mom took great pleasure in music, dancing, flower gardening, playing cards, Scrabble, puzzles, walking or going for coffee. She also enjoyed knitting and crocheting. She still remembered how to knit the last time knitting needles were put in her hand.
In the summer, she and Eleanor could be found driving around and stopping for coffee or heading out to Bingo or on a trip to play the slot machines. Mom was a “white knuckle driver,” who made the best of us nervous to drive with her behind the wheel. She loved ice cream, especially from Dairy Queen.
In her later years, Mom became involved in community activities. She joined the “Do-Gooders” and participated in raising money for community projects. She was also actively involved in the United Church and attended many activities hosted by the Watrous Arts Council.
Mom also had the opportunity to travel including multiple visits to Alberta by train or bus to visit Don and Donita, bus trips to Branson, USA and the Maritimes in eastern Canada, as well as a trip to visit Cheryl in Lyon, France which included a trip to Paris with Cheryl and Teegan.
She was a strong, independent woman. She passed these traits onto her own children, teaching us to be hard working, assertive and independent. Mom loved visits from family, especially her grandchildren and great grandchildren. Becoming a grandma for the first time when Michael was born in 1981 was one of her greatest joys. She was often in attendance at sporting events of her grandkids, especially Hayli in her later years.
Mom and dad raised five children: Donita Armstrong, Cheryl Collins (Brent), Darren, Trudi Riach (Bill) and Donald (Dian). She also had ten grandchildren and seven great grandchildren: Michael Kane (Amanda) and their daughter, Leona; Jennifer Campbell (Jon) and their boys, Sam, Will and Brandon; Janelle Edwards (Colin) and their children, Cole, Allie and Mckenna; Teegan (Aaron) and Reid Collins; Hayli and Bree Riach; Brett Anderson, Sydney and Reichen Sather; Mom is also survived by her son, Bob Glassford and his children Jed and Jill, and her brother, Ron Friesen, long time friend, Connie Gillard, and many nieces and nephews.
Mom was predeceased by dad (2001), her son Darren (1980), granddaughter Bree Riach (2001) and son in-law Brian Armstrong (2020).
Mom appreciated all that Trudi and Bill put into taking care of her in her later years. The family thanks them profusely for always being there for mom, with much gratitude. We also thank the Warm and Cozy Care Home for the amazing care they gave our mom over the past three years. Mom will be greatly missed by all of her family.
The Memorial Service for Thelma will take place at Watrous United Church on Saturday, August 14, 2021 at 1:00 p.m. Private Family Interment in Watrous Cemetery. A Memorial Reception will follow in the lower level of the Watrous United Church. For those so wishing memorial donations to Watrous United Church or Watrous Rotary Walking Trail would be appreciated. For online condolences, tributes or memorial donations please visit: fotheringham-mcdougall.com
Read Less

To plant a memorial tree in honor of Thelma Sather, please visit our Heartfelt Sympathies Store.

Donations are being accepted for: WATROUS PASTORAL CHARGE,.

We encourage you to share your most beloved memories of Thelma Sather here, so that the family and other loved ones can always see it. You can upload cherished photographs, or share your favorite stories, and can even comment on those shared by others.

Posted May 13, 2021 at 02:26am
My condolences and hugs to Donita, Cheryl, Trudi, Donald and families. I smile when I think of Auntie Thelma - she had a lot of spunk; worked hard and was always ready for some fun. Thinking of you and keeping you in our prayers. Bonnie and Rob
Comment Share
Share via:
BD

Posted May 03, 2021 at 08:58pm
I send my condolences to Thelma's family. Everytime I visited mom at Warm N Cozy, I also got a visit with Thelma. Even on the Easter weekend, I saw Thelma through the window while I spoke to mom on the phone. She always had a smile and a wave! I hope your precious memories of your mother sustain you through your lives. Having someone fade away before your eyes is another kind of loss that is hard to experience. Special condolences are sent your way. (Pic: Thelma and Helen 2019)
Beverly Dahl 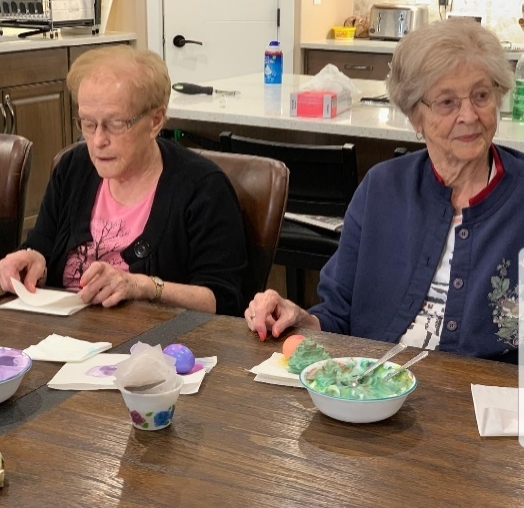 Posted May 02, 2021 at 12:44am
My condolences to all of the family. I never got to meet Thelma but heard many stories of her as a wonderful Mom. She must have been a great influence to her children as she raised strong independent individuals. Donita is one of my best friends and her traits show that she must have been raised with love and compassion. Let her rest in peace.
Comment Share
Share via:
KR

Posted May 01, 2021 at 10:57pm
Virtual hugs to all my cousins. 💕 I'm so thankful that Rev and Thelma and the kids made the trips to Aylsham, Smoky Burn and later, Carrot River and Nipawin. It was our only chance to get to know them. I don't recall any specific stories, but recall Thelma always being witty and honest. RIP 🤍 xoxo Karen
Comment Share
Share via:
JB

Posted Apr 30, 2021 at 10:06am
So sorry to hear of Thelma's passing. She moved into Warm and Cozy a few days after mom did, and mom was so pleased to see a familiar face. I believe that was a bit of comfort for mom, to know that someone from home was also at the same care home. Thelma always had a wave goodbye as I left after a visit. Our condolences to Thelma's family, from Joyce Dahl Boehr for Helen Dahl.
Comment Share
Share via: 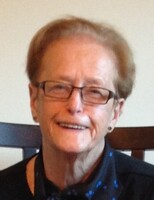 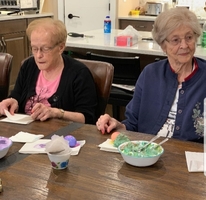