To share your memory on the wall of Dorman Hutchinson, sign in using one of the following options:

To plant a memorial tree in honor of Dorman Hutchinson, please visit our Heartfelt Sympathies Store.

Donations are being accepted for: WATROUS PASTORAL CHARGE,.

We encourage you to share your most beloved memories of Dorman Hutchinson here, so that the family and other loved ones can always see it. You can upload cherished photographs, or share your favorite stories, and can even comment on those shared by others.

Posted Apr 05, 2021 at 02:36am
We are very sorry to hear of Dorman's passing. Please accept our condolences from our family.
Beverly Dahl and Helen Dahl
Comment Share
Share via:
WL

Posted Apr 02, 2021 at 12:39am
Dear Norma and family,
This is a sad time for us to learn of another friend's passing. We have best memories of our visits with you and Dorman, the last one being at the Peachwood Restaurant two years ago. May you be blessed with love and support of family and friends as you share treasured memories of Dorman. Our caring thoughts and sincere sympathy at this sad time.
Comment Share
Share via:
WR

Posted Mar 31, 2021 at 01:28pm
Norma Brad Wanda and Families my condolences to you Always had good visits with Mom and Dad Always enjoyed watching him garden He will be missed There Neighbor Wayne Rogina
Comment Share
Share via:
WS

Posted Mar 30, 2021 at 02:51pm
Sending my deepest sympathy to Norma, Brad, Wanda and families, I always enjoyed the visits we had when we crossed paths, he was an exceptional gentle man.
Wendy Sinnamon
Comment Share
Share via: 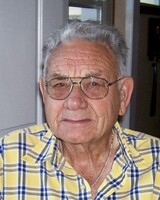