To share your memory on the wall of Maureen Tittemore, sign in using one of the following options:

Print
TITTEMORE, Maureen
(nee Comba)
October 16/1931 – November 07/2020
It is with deep sadness the family of (Joyce) Maureen Tittemore announces her passing on November 07/2020. Maureen’s enjoyment of life made it difficult for her... Read More
TITTEMORE, Maureen
(nee Comba)
October 16/1931 – November 07/2020
It is with deep sadness the family of (Joyce) Maureen Tittemore announces her passing on November 07/2020. Maureen’s enjoyment of life made it difficult for her to say farewell. Maureen will be lovingly remembered by her children, Gregory (Joann), Michael (Barbara), Susan (Randall). She will also be fondly remembered by her grandchildren: Brian (Kirsten), Laura (Warren), and Sarah, Adam (Amanda) and Katherine (Scott), Marisa and Nolan (Brittani) and great grandchildren: Inga, Erik and Odin, Anna, Abigail and Hailey, John and William, Jori, Lennon, Camden and Piper. Maureen is predeceased by her husband James Edmond Tittemore (1997), sister: Collene Woolsey, brother: Merrill Comba, half sister: Sandra Andersen, sister in laws: Eileen Comba, Patricia Tittemore and Margaret Skeldon, brother in laws: Charles Tittemore, James Cairns, and Vincent Skeldon. She is survived by a half sister: Linda Comba (Dave) and half brothers: Patrick (Valerie) and Robert (Barbara) Comba and numerous nieces and nephews.
Maureen was born in Macklin, Saskatchewan on October 16/1931 to Minor and Jean (Klotz) Comba. She moved to Liberty, Saskatchewan as a young child with her family when her father opened the local barbershop. Maureen graduated from Liberty School in 1949 and attended Moose Jaw Normal School (1949-50). After a short teaching career, she dedicated herself to family. Maureen married James Tittemore on October 06/1951. Maureen and Jim were in the same grade at Liberty School and started dating after High School. Maureen took pride in her partnership with her husband running the farm in Liberty and being a stay at home mom to her three children. This dedication and support carried on through the generations. She always said her greatest accomplishment was the love and respect of her wonderful family.
Maureen was active in the community and always volunteered when her help was needed. She was on the Local School Board and United Church Board, was a member of the UCW and was a CGIT Leader. She was also pleased with her contribution to the editing of both Liberty History books. Maureen was known for her perfect grammar and didn’t hesitate correcting family members.
Maureen’s passions were gardening, knitting, needlework, crosswords, and of course “Jeopardy”. Her appreciation for music included playing the piano and dancing. She enjoyed spending summers at the cabin at Etter’s Beach and winters in Hawaii. Maureen’s love of travel took her to many different destinations. She always stayed active especially by walking outdoors but shopping indoors at a mall counted too. Maureen was a curling enthusiast and you wouldn’t dare question her choice of favorite skip. Jim and Maureen had curled competitively throughout Saskatchewan and he would always remain the number one skip in her heart.
Following semi-retirement in 1987, Jim and Maureen moved into the town of Liberty. Maureen had recently relocated to Imperial to be closer to family.
Thank you to Dr. Khan and his nursing team at the Allan Blair Cancer Centre in Regina for their compassionate care over the last four years.
Due to COVID-19 No Service will be held at this time. Interment will take place in Liberty Cemetery at a later date. For online condolences, tributes or in, lieu of flowers, memorial donations to the Canadian Cancer Society please visit https://www.fotheringham-mcdougall.com/
Read Less

To plant a memorial tree in honor of Maureen Tittemore, please visit our Heartfelt Sympathies Store.

There are no events scheduled. You can still show your support by sending flowers directly to the family, or planting a memorial tree in memory of Maureen Tittemore.
Plant a Tree

Donations are being accepted for: Cancer Foundation of Saskatchewan Inc..

We encourage you to share your most beloved memories of Maureen Tittemore here, so that the family and other loved ones can always see it. You can upload cherished photographs, or share your favorite stories, and can even comment on those shared by others.

Posted Nov 17, 2020 at 01:18pm
So sorry to hear that Maureen passed away. My mom has fond memories of her as a CGIT leader. She was a lovely lady. Our sympathy to you all at this sad time.
Comment Share
Share via:

Posted Nov 17, 2020 at 07:58am
On her last visit to Liberty, (2017) my Mom and I spent a lovely few hours on Maureen’s deck, overlooking the garden, reminiscing. Maureen and ‘Winnie’ were only a year apart in age. They went to Free Soil School together, they joked about childhood experiences, and they caught up on the doings of grandchildren. Such a simple joy to experience and I will hold the memory in my heart. My condolences go out to all Maureen’s family.
Comment Share
Share via:
BM

Posted Nov 14, 2020 at 09:22pm
Greg,Mike,Susan & families
Our heartfelt condolences to you all on Auntie Maureen’s passing. You’ll all miss her very much. She was my favourite Aunt and will always remember her!
Comment Share
Share via: 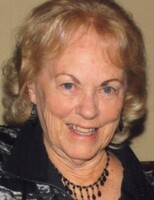 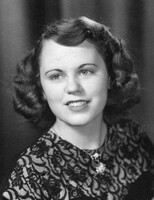